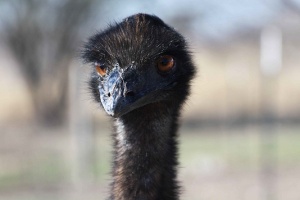 Defense mechanisms are behaviors we instinctively turn to when our self-image needs preserving or senses danger.  Have you ever known somebody to have a bad day at work then take it out on you?  They are demonstrating displacement.  How about the somewhat cliché “I can stop any time I want to” of the compulsive gambler or alcoholic?  That’s an example of denial.  Those are pretty overt defense mechanisms – fairly easy to spot — but sublimation is a sneaky devil, often blinding us to important matters.

We’ve probably all been told at one time or other to channel our grief, anxiety, anger, you name it, into “something productive”.  Great things can happen when we do.  For instance, somebody who was abused as a child may grow up to become a school teacher or social worker in order to help and defend other children.  A person who has lost a loved one may start a local support group for people who are grieving.  These are all examples of sublimation.  These are wonderfully productive ways to cope, right?  They are…unless they actually cause us to avoid coping.

Denial loves to wrap itself in the cloak of sublimation.  The key to knowing lies in our motives, and determining our true motives often requires a great willingness to be brutally honest with ourselves.  To expand on the previous examples, suppose a mom catches her son torturing a small animal and finds it is something he has done more than once.  She is shocked and disturbed because she knows this is atypical behavior for a child and possibly an indication he is missing some important traits such as compassion, tenderness, and respect for life.  She speaks to him calmly about his behavior, explaining why animal life matters, but when his behavior doesn’t change, she becomes even more distressed.  Not wanting to believe her young child is heartless, she decides to lead by example.  She begins volunteering at the animal shelter and hopes he will learn respect for animals by watching her.  When he doesn’t, she finds it difficult to be around him and increases the time she spends at the shelter.  Do you see what’s happened?  She is, in essence, trying to make amends for his behavior as well as for any perceived parenting flaws on her part, but in doing so she may be overlooking the root cause of his acting out.  What if he is being bullied at school?  Or abused by another family member?  This may seem like an extreme example, but you can probably substitute this boy and his mom with two people you know and come up with a similar “ostrich head in the sand” scenario.

The reason sublimation is such a popular defense mechanism (certainly my favorite!) is because it really can lead us to do good things.  However, sublimation lies to us, telling us we are coping exceptionally well with a problem when in fact, we are actually avoiding it.  If a man has an abusive boss, he may make a conscious effort not to discuss work at home believing he is protecting his partner from his work stress.  Day after day his partner asks, “What’s wrong?” and he replies, “Nothing.”  Then one day his partner leaves to find a relationship where the other person will be more present.  The man is shocked because he truly believed he was showing love by not burdening his partner with his problems.

How then to harness the productivity of sublimation without blinding ourselves to issues which need our attention?  Check your motives.  Perhaps the easiest way to do this is to play The “Why?” Game with yourself.  Ever encounter a young child (or remember being one?) who asks “why?” a gazillion times a day?  Do that.  Keep asking yourself “why?” until you uncover your true motive.

That’s a pretty abbreviated version, but the key is to keep asking “why?” until you reach the following types of statements:

Examine these statements very closely.  If you find your motive is a variation of avoidance, it doesn’t mean you are wrong for doing the productive things sublimation has motivated you to do.  Rather, you can now use those as healthy coping mechanisms while you take the necessary steps to address the issue at the root of them.

Lisa Boatwright has a Master's degree in Human Services Counseling from Liberty University, and currently works as a Substance Abuse Counselor in Taylor County, Florida.